The beholder is a monster to be respected. You will need all your wits to defeat such a powerfull magical beast. Update: This monster made for an epic battle wherein our god like heros destroyed the beholder as they fled. The beholder only got to make a few attacks before being over powered by the heroic adventuring party. 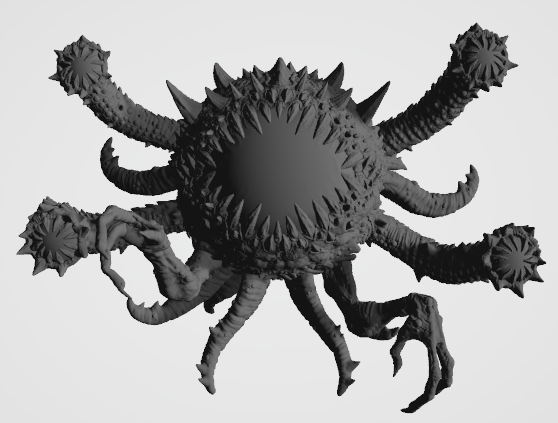 This Watcher Beholder was particularly hard to print. I had many fails and bad prints. I had to use medium sized supports as the smallest supports failed to print propery and the whole print suffered as a result. 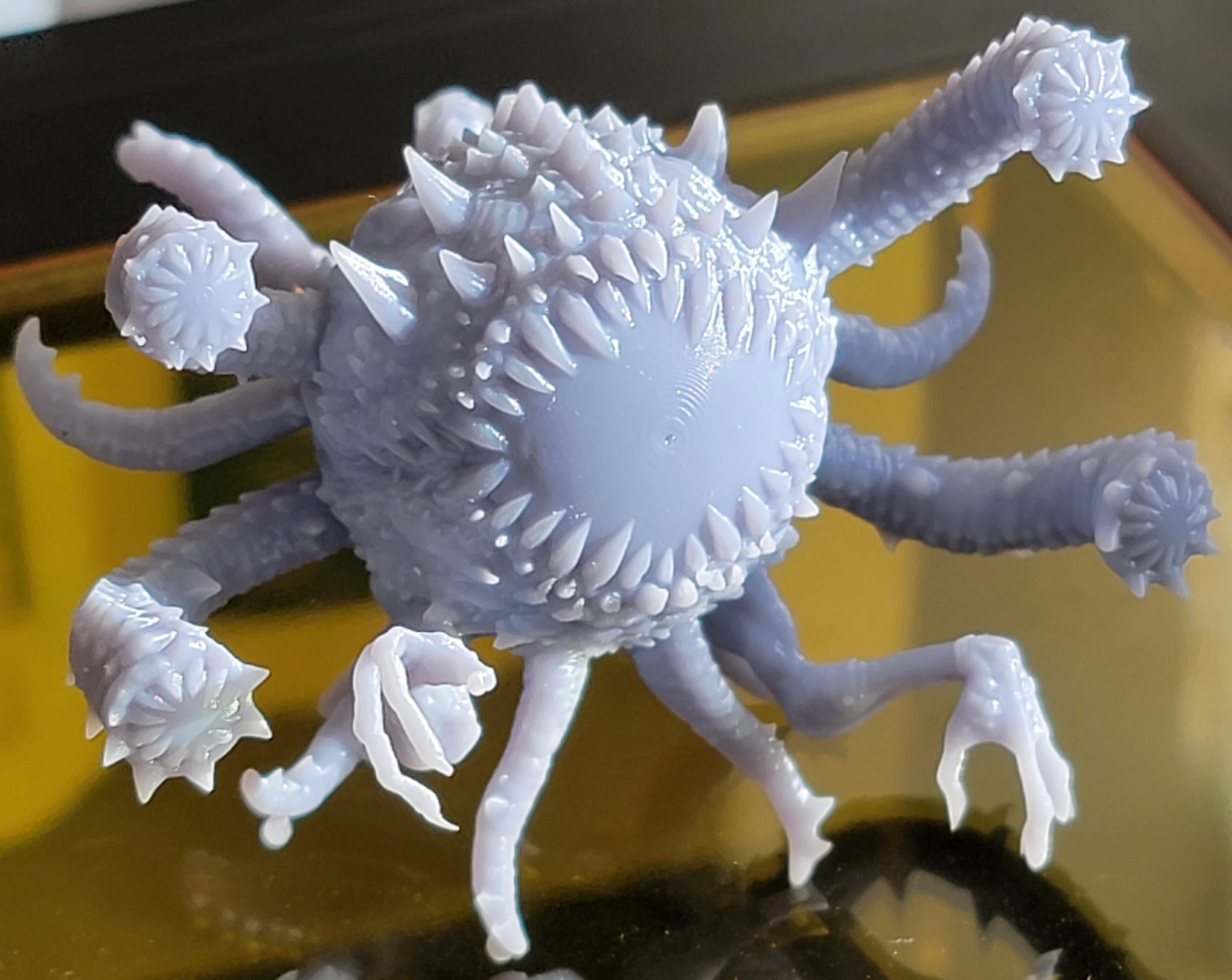 I have taken artistic license with this image and not shown the part of the model that printed weird.

Antimagic Cone. The beholder’s central eye creates an area of antimagic, as in the anti magic field spell, in a 150-foot cone. At the start of each of its turns, the beholder decides which way the cone faces and whether the cone is active. The area works against the beholder’s own eye rays.

Bite Melee Weapon Attack: +5 to hit, reach 5 ft., one target.
Hit: 14 (4d6) piercing damage .
Eye Rays The beholder shoots three of the following magical eye rays at random (reroll duplicates), choosing one to three targets it can see within 120 feet of it:

The The Watcher Beholder