The Marilith from the Dnd Monster Manual is an amazing monster. She has 6 arms and 6 swords making for 6 magical mellee attacks. Update: This poor monster too was quickly destroyed despite her many powerfull magical attacks. 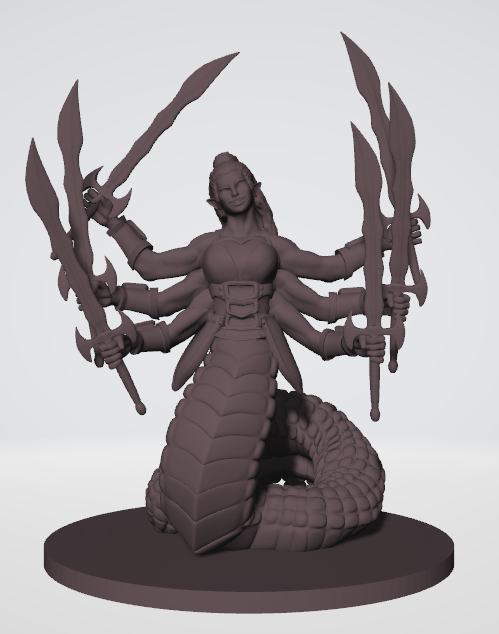 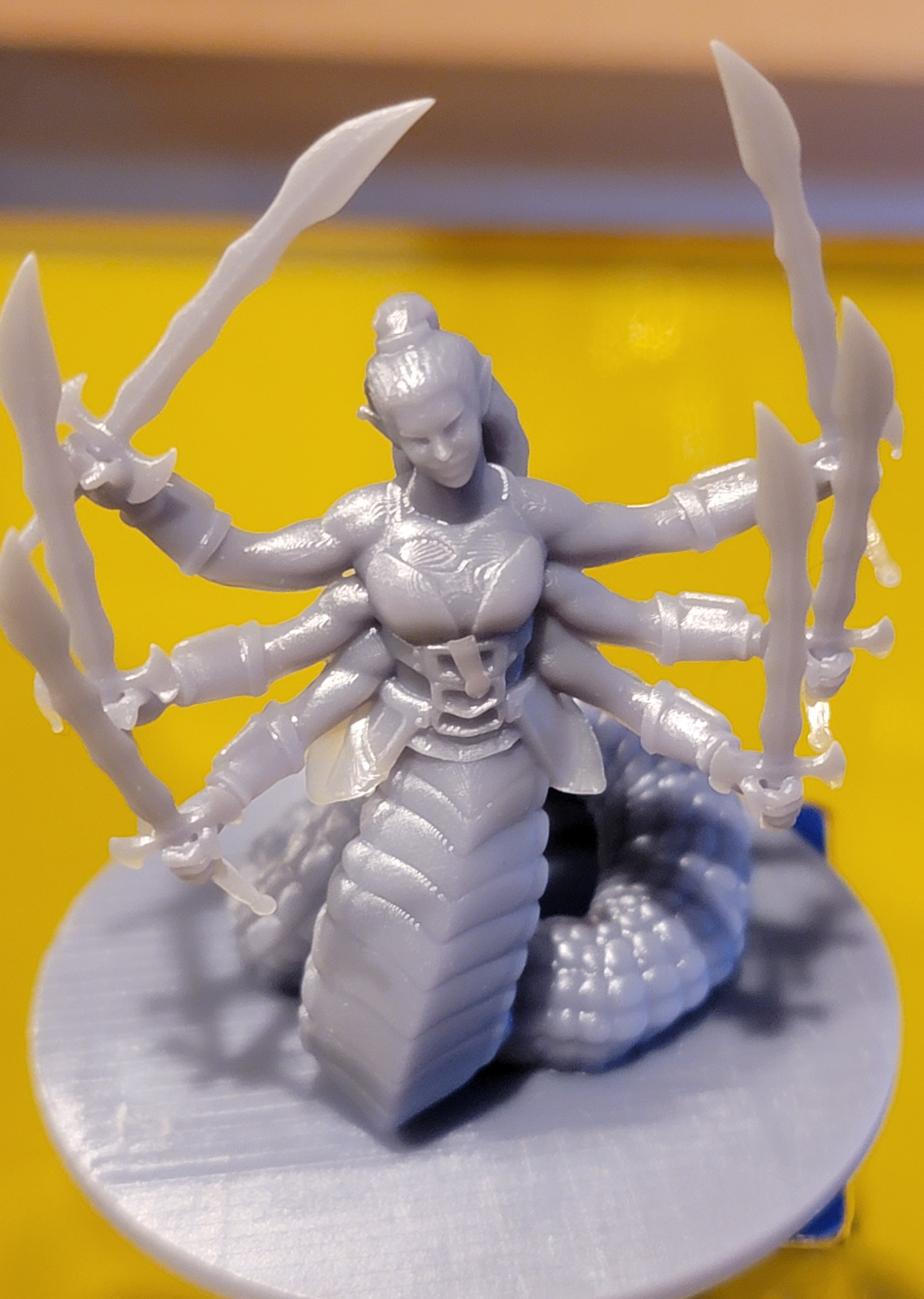 Reactive. The marilith can take one reaction on every turn in a combat.

Teleport The marilith magically teleports, along with any equipment it is wearing or carrying, up to 120 feet to an unoccupied space it can see.

Parry The marilith adds 5 to its AC against one melee attack that would hit it. To do so, the marilith must see the attacker and be wielding a melee weapon.

The Maralith model in MMF.